Visit to the Aurora Readiness Centre

Aurora's annual "Doors Open" event was on Saturday, August 15th, and featured 16 sites that are not normally open to the public. Most aren't all that interesting - to me at least - but I decided to visit the Aurora Readiness Centre, 220 Old Yonge St., which was sometimes referred to as "Aurora's Diefenbunker".

I grew up during the cold war, like many of us. I lived in the US from 1969-1971, with a fallout shelter in the elementary school kitty-corner to my house. The fallout shelter sign is now gone. My Dad subscribed to the Bulletin of Atomic Scientists. I'm not sure why as he was a chemical engineer. Every month when it arrived I would check the "Doomsday Clock" in the front to see how many minutes to midnight it was. At the time it was around 7-9 minutes to midnight. In the nineties it was as much as 17 minutes to midnight. Now it stands at 3 minutes to midnight, although it has been expanded to represent other threats than nuclear annihilation. The only year it has been closer to midnight was 1953, when the Hydrogen bomb was first tested by both the United States and the Soviet Union.

The building of the Diefenbunker in 1959 along with 5 other shelters by the Canadian Government was emulated by other levels of government. This was the year the York Region Amateur Radio Club was founded which at that time had a close relationship with the York Civil Defence organization. The Aurora location was conceived by the Toronto City Council, choosing Aurora because it was ostensibly far enough away from the epicentre of an H-Bomb detonating in downtown Toronto and it was furthermore expected that the Oak Ridge Moraine would provide some protection from the shock wave. It was also expected that fallout from an explosion would travel Eastward with the prevailing winds rather than toward Aurora in the North. 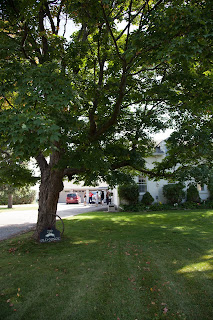 When the Centre was built in 1962, Aurora was much smaller than it is now and the location was a farm property. The forces of urbanization now pressure the site but it retains the look of a 19th century farm house (it was built in 1873) along with mature trees. Werner and Orianna Broebeck bought the house in 1996. Werner, a firefighter, told me that they had no idea that the facility was there at the time. He also mentioned there was a large diesel generator in the garage that disappeared during the time between when they purchased the house and when they took possession.

The stairs lead down into a 10.6 x 18.3 metre room containing the operations centre. Werner took pains to explain that it wasn't a bomb shelter as although the ceiling was made from preformed concrete about 2 feet thick covered by another 18" of soil it would hardly have survived a nearby nuclear blast. Rather it was intended to serve as a command and control centre for emergency services and logistics in the event that those services had to operate from outside Toronto. Each service, such as the various branches of the fire department, had an emergency location to assemble in case their location needed to be evacuated. 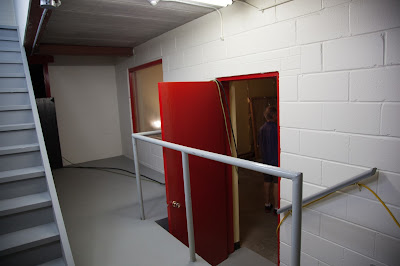 To the left of the entrance you can partially see another door. This led to the communication room, with stations for radio operators and 100 telephone lines. That room was not open for viewing, but had enough light to get a shot of the operating desks. 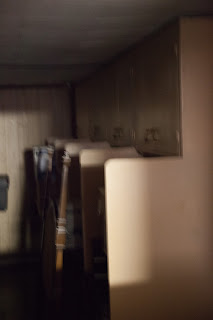 The operations centre was mostly empty. The map on the left is original, as are the large set of maps at the end and the chalk boards on the right for keeping track resources. Werner is on the left talking to a group of visitors. 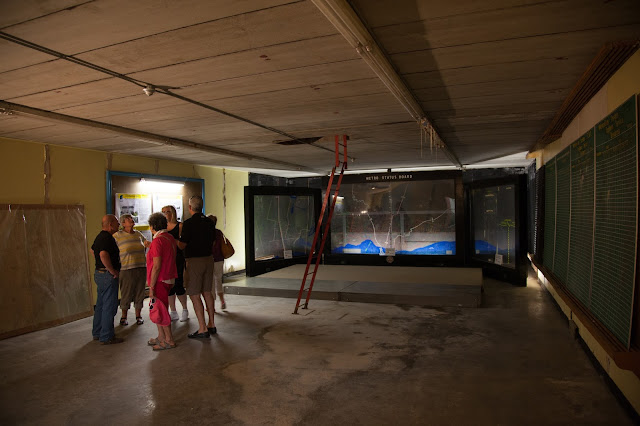 The ladder in the middle of the room leads to the outside. It seems strange that it was necessary given the much easier access from the house. Perhaps it contemplated the destruction of the house by a shock wave. 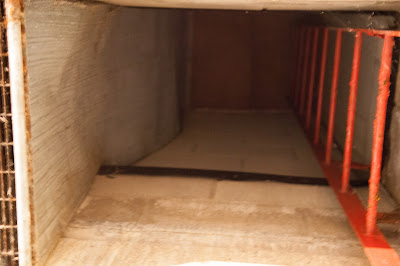 Above ground the ladder ends in a concrete shed. No Maxwell Smart elevator unfortunately. 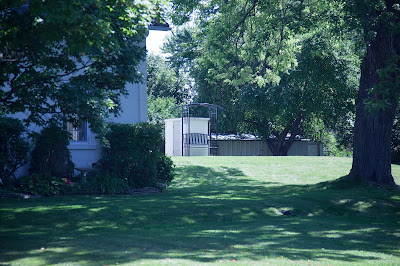 The status boards reveal the concerns of the time. There is space to record the dead, wounded and unhurt population in several zones that appear on the maps. The left side is for estimated casualties while reported casualties are on the right. 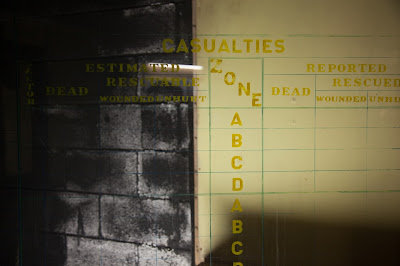 Another status board appears to have been for keeping track of resources - presumably military units though possibly also municipal emergency services, and clearly they were concerned about exposure to radiation. While most of us would recognise SITREP as "Situation Report", the only definition for ORBAT seems to be "Order of Battle". Probably this term has been stretched to include the determination of which units to deploy when amongst the served communities. (In the middle there's a reflection of me taking the photograph with available light and someone reading the poster board on the opposite side of the room). 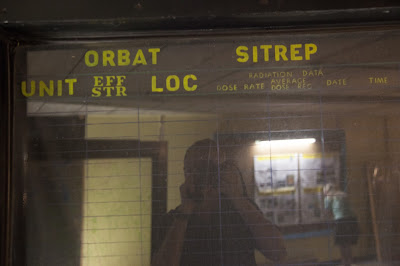 They were also concerned about logistical matters, such as tracking equipment. 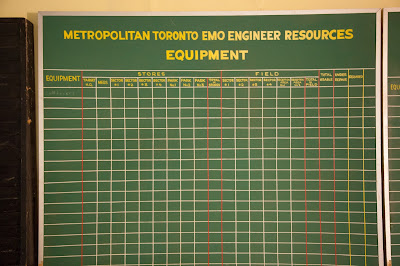 All in all it was an hour or so well spent. It was great to talk to Werner and Orianna who would like to see the building designated as a heritage site, which is it not, despite the placque on the outside wall. So would I. 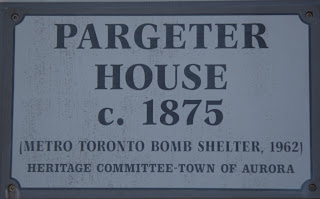 Aurora "Doors Open" had many other places of interest, including: