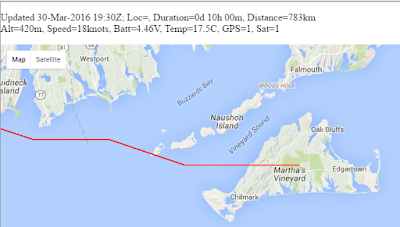 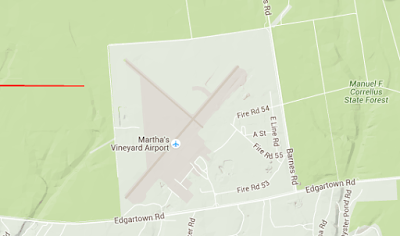 Nothing about it in the Martha's Vineyard news that I could find, though.
Posted by VE3NRT at 20:03 6 comments: 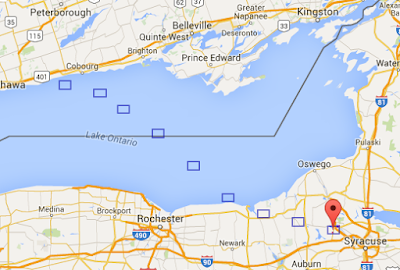 Several flights have been reported here before. There was another that got as far as the mid-Atlantic a few weeks ago published on the QRP Labs web site. The site does not mention a flight happening right now, but I was monitoring JT9 on 30m a few minutes ago and received some transmissions which look suspiciously like a balloon flight,. Here's what I saw.

There may have been other transmissions between 1137 and 1144 as I was transmitting in two of those 1-minute slots, although based on the pattern I think that unlikely. The above lists the time in UTC, the signal strength in dB and the content of the transmission. The frequency is 10.140468 MHz. The DT (delta time, which is the difference between the balloon's clock and mine) is not shown but has varied between -0.8 and -1.2 so far.

FN03NU is centred over Lakefront Park in Oshawa, while 12 minutes later it was ENE of the former position in the Bowmanville area. The transmission at 1201 show it in FN03RV which is still on the lake shore East of Wilmot Creek over Lovekin (an easy grid square locator with map is on the http://www.qrz.com/gridmapper). So it appears to have been released not that long ago. The last reading shown above is over Lake Ontario directly South of Port Hope. Click the map for a larger view.

I don't know what the telemetry means and was unable to find it on the web site. It appears to have changed from the previous flight.

That's all for now. I'll see how long I can track it today and report back here.
Posted by VE3NRT at 08:19 No comments:

It's been a while since I wrote one of these (and I'm sure I've written those same words before). However, it is time to improve the antenna situation at the VE3NRT QTH which will prompt many investigations and conversations about all things antenna. Brad VE3HII stated once that the budget for antennas should be at least 3 times that of the transceiver, and now that I've started budgeting it may turn out to be an understatement.

Up to now there are 4 antennas in rotation at the QTH:
Usually at least one antenna was working at any given moment. But it's time to do something better. The first step in my study has been to look at transmission lines, and the book "Low Band DXing" by ON4UN has been one of the main references. In the chapter on transmission lines, it mentions calculating the loss in coax by measuring the SWR. Now with new coax, you can just look up the loss. Each brand usually has a chart, table, and/or formula for calculating the loss at various frequencies.

However, it might be the case that you have existing coax (whether it be in storage or actual operation) that you want to test. I happened to have a nice 50' piece of RG-213 lying around that I could experiment with, and ON4UN's book had a formula for loss based on measuring VWSR with one end of the cable unterminated. The idea is that you measure VWSR (with an SWR meter or an analyzer - I used the latter) and use the formula to derive the loss.

The formula given in the book is:
$$Loss(dB) = log_{10}\bigg[{SWR+1 \over SWR-1}\bigg]$$
Armed with this formula I measured the cable from 50 to 600 MHz. There were peaks and valleys in the reading (the book never mentioned those) so I used the peaks and came up with an answer of about .4 dB at 570MHz. I realized there must be a mistake as my piece of RG213 had not taken on magical low-loss properties.

In addition, most formulas involving decibels (except ones with ratios of decibels) have the number 10 in them someone, and my result seemed about 1/10th of what it should have been.
Sure enough, on checking some other references I found that the formula should have been expressed as:
$$Loss(dB) = 10 \times log_{10}\bigg[{SWR+1 \over SWR-1}\bigg]$$
Increasing the resolution of the analyzer and reducing the sweep to 550MHz±50MHz showed an undulating pattern of VSWR rising and falling across the range of frequencies. The gap between peaks was about 6.2MHz. An Anritsu web page recommended averaging the SWR in the peaks and valleys. Here's what a 10Mhz segment looks like on the analyzer.

Frequency is on the x-axis and VSWR on the y-axis.

In the 550±50Mhz range the maximum VSWR was 3.525 and the minimum 1.762, yielding an average VSWR of 2.643 and a calculated loss of 3.459 dB. The chart says reads about 6.8 dB so this tells me that the measurements and calculations are likely correct and that the cable is in good condition. A 2005 QEX article by AI1H recommends combining this measurement with the same method applied to a shorted, rather than unterminated, coax. I haven't tried this yet.

The label says that it is JSC Wire & Cable RG213/U part #3780 with a velocity factor of .66. Loss at 400MHz is supposed to be only 4.8dB per 100' at 400Mhz and 8.2dB per 100' at 900 MHz so either the manufacturer is a bit optimistic (say it ain't so), the cable is longer than I think it is, or something else is wrong. So it appears the numbers work well but I want to try a few more examples before declaring that I really understand it.

The above equation means that as the cable loss goes up, the VSWR at the radio end goes down. So cheap cable, especially a long run of cheap cable, will make your VSWR look good but not achieve any real value in terms of communications. Quite the opposite in fact.

A final thought is that the equation for "Return Loss", which is a term I'm starting to notice quite often, is:
$$Return loss(dB) = 20 \times log_{10}\bigg[{SWR+1 \over SWR-1}\bigg]$$
This is just double the value of the cable loss, and represents the "there and back" loss, not just the one-way loss from antenna to transceiver, or vice-versa.

Next steps: measure the cable physically and electrically.

Meeting held in the Magna Centre, multi purpose room 1.
Called to Order at 19:00 by Chris VE3NRT

My hobby: Reading old editions of the Splatter... However, I started this post some time ago intending to republish old links that are still interesting and that still work but couldn't find a whole lot (not that I have a complete collection of Splatters). So instead I'm publishing a lot of more recent links sent out on the Yahoo reflector. Apologies to those I neglected to credit.

I am pleased to report that we now have backup power on all our analog repeaters and links (except 6m). The last repeater to get backup, VE3YRC UHF, now has four batteries to keep it running for a short term power outage. The link radio connected to VE3YRC UHF, which links it to VE3YRA, also has back up power, currently one battery.

I did not plan for backup on the VE3YRC 6m repeater (at the same location) because it is a low use machine. If club members or EmComm desire it to also be backed up. we could look at this in the future. The power outage script which alerts users that the repeater is on battery power has not yet been implemented on YRC UHF. I need to purchase some hardware and install at the site...coming soon. 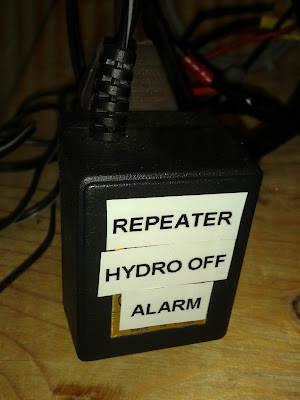 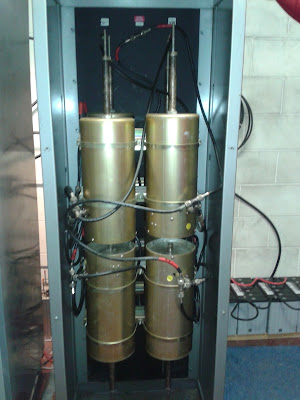 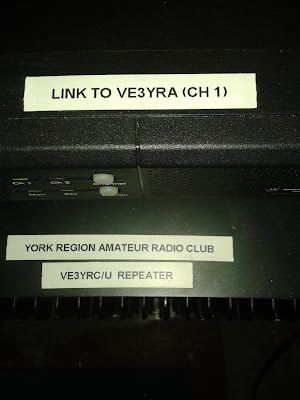 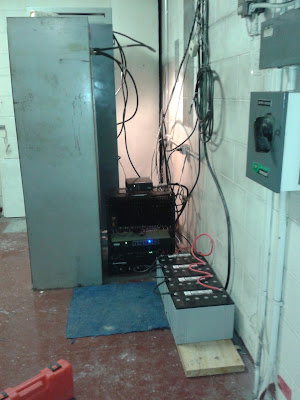