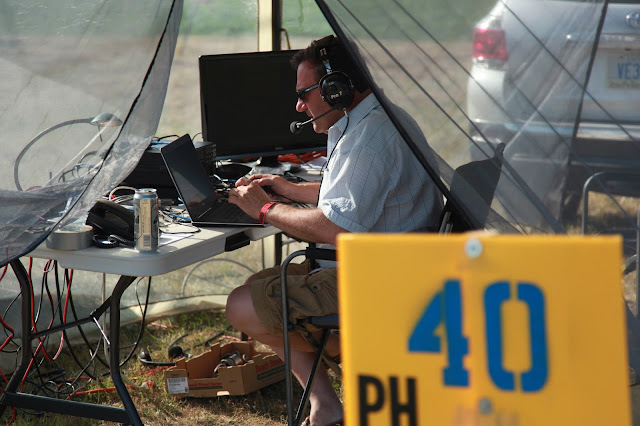 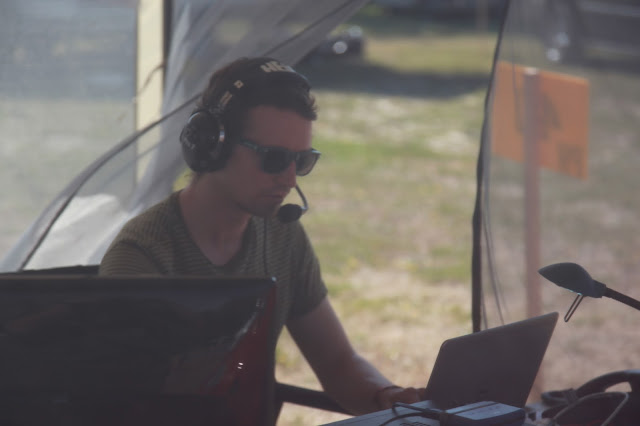 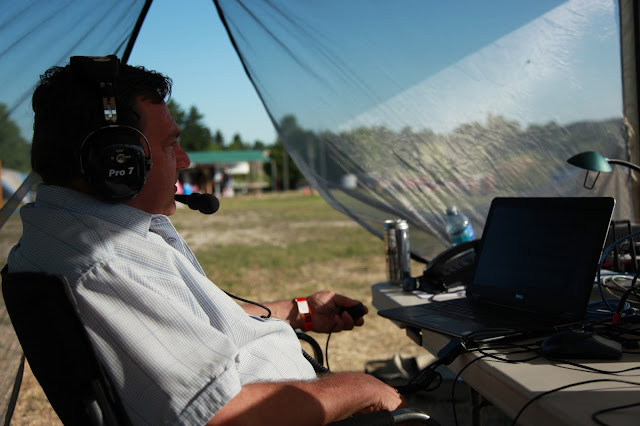 It's 20 past midnight and 40 is wide open, 20 is fading out and 80 is coming into its own. The cloudless night will be cool, but Saturday had perfect weather and it remains dry. 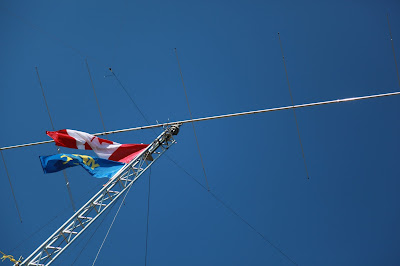 Most of the shelter has been moved in, the food tent is set up and at least the GOTA antenna is ready to go. It's another Field Day and the weather looks good and we hope the band conditions are too. See you there! 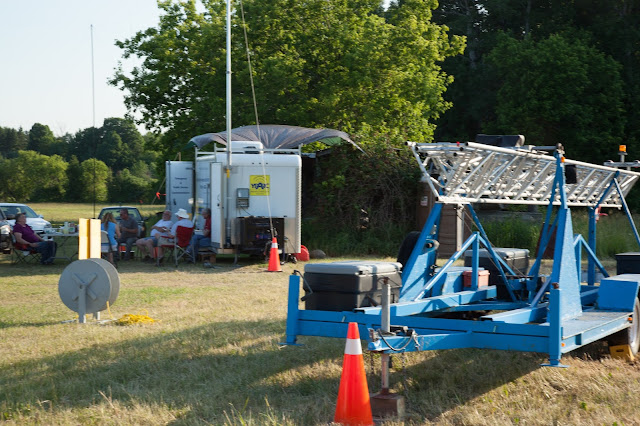 Each year about this time, the members of our radio club have the opportunity to nominate a member club secretary no later than June 20th, 2016. Nominations may be presented by individuals, or may be co-signed by several members, to be honoured with this award. 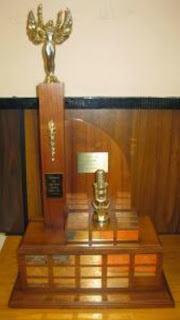 Any club member would be eligible to nominate any other club member for the award. Nominations will be considered by the 2016 Board of Directors.

The award, which honours his name, is consider the highest acclaim that the club can give to one of its members.
Posted by VE3NRT at 06:00 No comments:

Meeting held in the Sharon Temperance Hall. Called to Order at 19:30 by Chris VE3NRT. Total members and guests attending: 37 Guests attending: 2
Guest Speaker – Dan VE3DOF spoke about remote controlled models. Dan brought his realistic “kid” on a tricycle. The “kid” with a mannequin head, moulded hands and sneaker covered feet, rides his tricycle, steers with his hands via a drive shaft and differential axle in his shoulders, however his feet just follow the peddles as the rear wheels on the tricycle are driven by motors. The model is driven by a 12v battery made up of 1.2v cells. A 75 MHz antenna is run within the frame of the body. Next Dan demonstrated his helicopters and drones. He commented that the cheap helicopters are only good for entry level use and testing. For the serious user, buying quality is best. For location of his quality devices, he uses a Moteino transmitter, which is an Arduino compatible device, transmitting at 431.94 MHz.