Words of Wisdom from the Past

...about transmission lines. This article, by an unknown author but edited by Doug VE3CWO (Now VE3VS) provides some pointers on understanding transmission lines. It has been scanned from the January 1974 edition of the Splatter and passed through optical character recognition for publication here. You can see the entire newsletter scanned from an original on the YRARC web site. Thanks to Bob VE3WY and Rob VE3RQB for passing this along.

While the following statements are elementary to many old-time amateurs, it is hoped that these condensed and simplified points will be of some help to the newcomer in obtaining better performance from his station.

The Splatter now has a Propagation Forecast

... and it's not very good - at least not right now. Fair conditions day and night on 20 and 30m (where I'm running right now, so far working England and Texas), fair on 40/80 at night, and poor for everything else.

Anyway I thought I'd add it to the sidebar on the right immediately below the blogroll. I hope someone finds it useful. Let me know if you like it (or otherwise).

P.S. It doesn't seem to show up in the mobile version of the site.
Posted by VE3NRT at 20:44 No comments:

For the past several years, the weather on Field Day weekend has been magnificent. That streak of luck had to come to and end at some point and much of the North East experienced cool, rainy and windy conditions for almost the entire 24 hours of operation.

Luckily we were spared during set up and most of tear down, and just before 2pm we were ready for the pep talk from Steve VE3UT and a team photo while it was still dry. 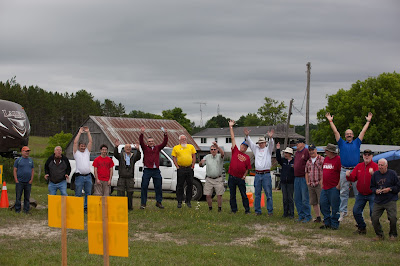 Not long into operations, the rains came. By evening it was heavy at times and wind started to pick up. Fortunately our antenna tower was well secured with 3 guy ropes and showed no signs of movement. While it didn't have any beams attached it did have 2 flags that were extended straight out in the wind despite being soaking wet.

At about 1:30 am there was some visible lightning and most stations decided to shut down. I took the opportunity to go home and get some sleep, although I'm sure that cost a few points as 40m would be open to somewhere throughout the night. On 40m we had to use the tuner after a while to get the VWSR in check as it was changing with the conditions.

When I returned to the site it looked a bit worse for wear. One of our signs was lying flat on the shoulder of Van Dorf Sideroad while the other looked like it had taken a beating. 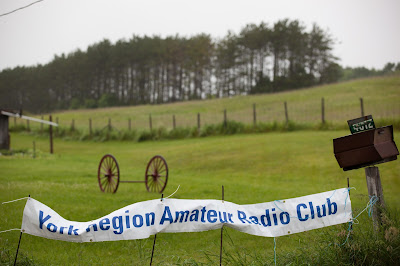 By morning the grounds were waterlogged and muddy, and some of that water had found its way into the tents. Our tent had plenty, but fortunately the equipment was spared. 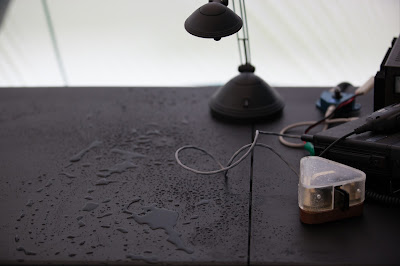 A good supply of napkins is useful under such conditions. 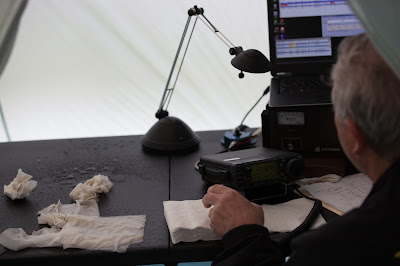 The weather started to break a bit by breakfast time but was still raining heavily off and on until we started to tear down the site after lunch. With plenty of shelter and rain gear we made the best of it. 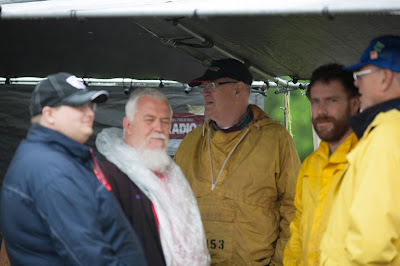 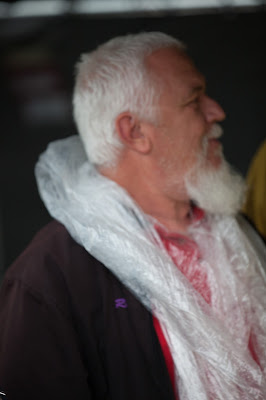 Field Day is many things, including an emergency simulation exercise to practice communications without any outside support. Emergencies can happen in any weather conditions so we should feel grateful that we had the opportunity to practice our skills under less than ideal conditions.
Posted by VE3NRT at 13:27 No comments: 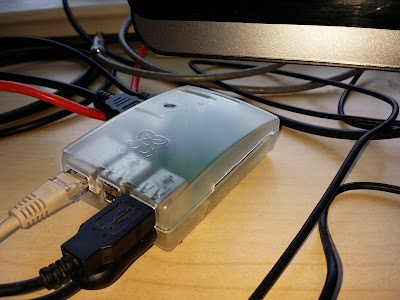 WSJT-X - Filling in the missing pieces

WSJT-X works as a standalone program and I used it that way for some time. Recently, as I mentioned in my last post, I enabled the connection to pskreporter so I could see whether similarly set up stations received my signal. Later versions of WSJT-X will even show your signal strength of the other station, which is an excellent way to determine band conditions, although sometimes it is frustrating when a station you want to work hears you but doesn't answer. However, as the system will run just fine unattended they may be just out of the shack rather than intentionally ignoring you.

WSJT-X keeps its own log in ADIF and text format which is fine for uploading, although you'd need to ensure that you're only uploading or importing the contacts logged since the previous upload. Also it records minimal information so if you want to record the US state for instance it lacks that capability, so I've typically entered JT65 contacts by hand into my logging program (DXLab/DXKeeper in my case) and suffered the consequences of various typos.

I'd heard about a program called JT-Alert but never found the time to try it until Canada Day, when I was cleaning up the shack and doing some research. The program was written by VK3AMA and is a free download for various versions of Windows. The advantage of JT-Alert is that it works with various logging programs to determine whether the call signs picked up by WSJT-X have been worked before on the same band and mode (WSJT-X will only tell you if you've worked the station before on any band or JT mode) and whether it's a new zone, country, state or grid (selectable by band so I only have grids set up on VHF, for instance). It even has a voice alert that will announce things like "New Grid" in your choice of male or female British voices, assuming you have a separate sound card from the one you use to connect to your radio.

The program supports standard ADIF files, DXLAB DXKeeper, HRD V5 or V6, Log4OM and MixW (CSV File), meaning it will work for just about everyone. It will also work with JT65-HF, which is an alternative implementation of the JT65 protocol with slightly different features.

So now the suite of software I run for JT65 and JT9 are as follows:
After a week or so of operating I've discovered the following:
JT-Alert is a way better method than what I was doing before, which was scrambling to look up stations I'd seen on the WSJT Band Activity window to see if I'd worked them on that band. This way is much more relaxing, but still has an element of decision making. I imagine someone, somewhere, is working on an add-on to run a fully automated station. That would be an interesting challenge to correctly respond to some of the non-standard messages that you see in this mode, and also to limit QRM with other stations on the band. Such a program would also ideally manipulate the power level of the transmitter to match the station being called. If see a station below -15db, for instance, I'll usually up the power, and if they're showing -5db or more, I'll usually lower it. Then I'll further adjust power based on the signal report I receive, sometimes taking observations of fading into account. If I answer a station calling CQ who then calls CQ again, I'll also up the power. Sometimes they don't hear me because I'm not the only station calling, but other times it's because they don't hear me as well as I hear them.

IRLP and Echolink on VE3YRC-VHF are down until further notice due to a computer hardware failure. The repeater committee is currently considering replacing the computer, but this will take some time to accomplish. The new hardware being considered is based on the Raspberry Pi single-board computer. As it contains no moving parts and consumes much less power, it should be much more reliable. Assuming the IRLP board is salvageable, the replacement should also be very inexpensive to purchase and operate. 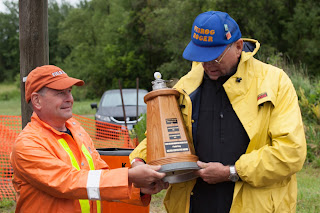 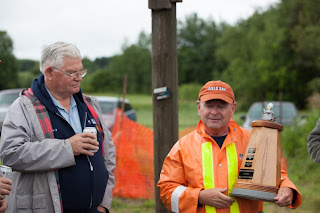 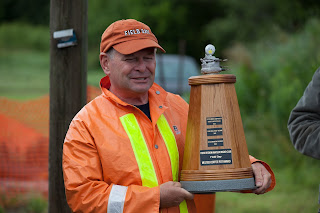