I would like to take a moment and thank all the radio club members who volunteered to help make the Newmarket Jazz Fest another success this year.

I know those who were present Sunday evening were challenged by the weather events and it was handled very professionally and no one was injured. 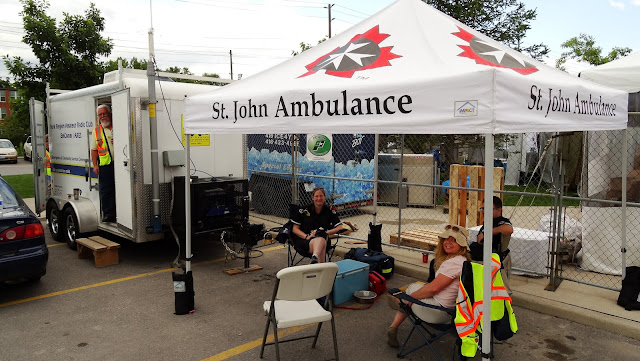 The list of volunteers below are the ones that made this event extra safe and special.  They are in no particular order.
From left to right David VA3DCY, Barry VA3LLT, and Rob VE3RQB. 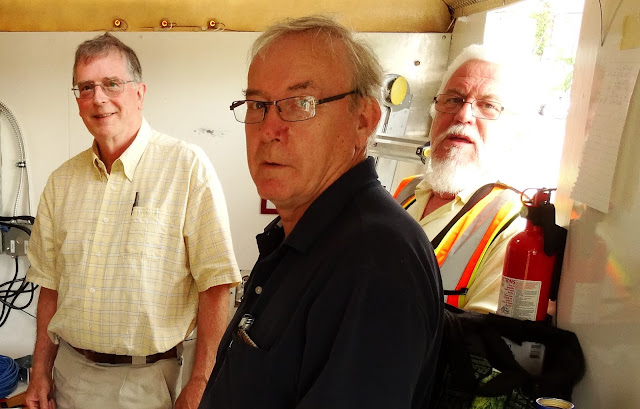 It is also noted that YRP were very happy with the use of the radios on channel 10 as it made communications much simpler for them.

St. John Ambulance did not have any of their radios, and once again, the GMRS radios were particularly useful and SJA could communicate directly with us and YRP.  I was only aware of 3 minor medical emergencies that SJA were able to respond to very quickly having good communications.  It worked very well having their setup next to our trailer as well.

We were also able to successfully use channel 90 prior to the storm where I could observe the King City radar from home and communicate details to the trailer.  Channel 90 is presently on at the REOC radio room on Yonge Street.