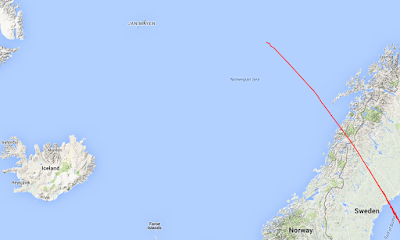 The last altitude reported was 1,120 metres, down from 8000 metres. The Flight S-4 status page estimates it ditched at 1135Z after a steady descent of 920 metres per minute, just about the time I was on the repeater telling Geoff VA3GS how well it was doing.

Looking forward to the next flight.
Posted by VE3NRT at 18:00