Balloon Experiments in the Southern Hemisphere

There's been a lot of coverage of the balloon launches of VE3KCL in this blog (see S-4 and S-3), an Australian Ham, Andy VK3YT has been using single (rather than double) party balloons and managed to have them circle the (southern part of the) globe several times in one flight.

He launched PS-50 on August 23rd and keeps a log of his exploits on the "Pico Space" web site. At the time of writing, the balloon has traversed about 170 degrees of longitude at around 40 degrees South latitude.

Like VE3KCL's payloads, Andy is using WSPR and JT9 protocols but uses the 20m band as well as 30m. It would be interesting to compare the methods and technologies of the two ventures. 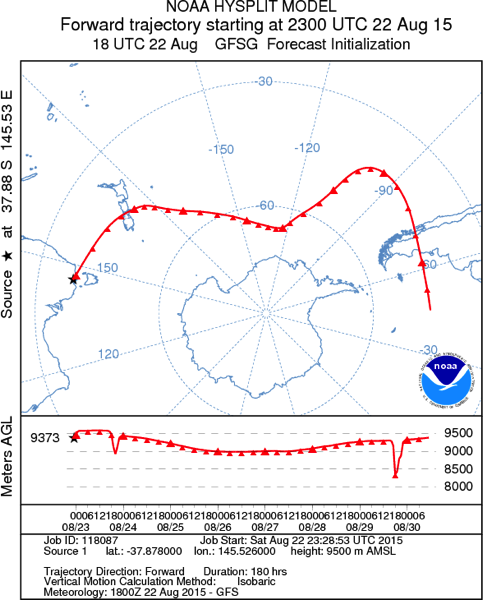